The Customized Photomultiplier (CPM, formerly Channel Photomultiplier) is actually an ultra-high sensitive, advanced monolithic version of the traditional glass photomultiplier tube (PMT). It may replace conventional PMTs or Avalanche Diodes. Although CPMs operate on basically the same principles as PMTs, they have several advantages: they generate significantly less dark current, are less influenced by external magnetic fields, are equipped with an internal electronic shutter and are more rugged and less breakable.

They enable to detect the lowest light levels (single photons) occurring in nature. The CPM consists of a photocathode evaporated on an entrance window, which is mounted under high vacuum to a small bended glass tube (channel) with an anode at the end. Once a photon has passed the entrance window and hit the cathode, a photoelectron is emitted into the vacuum. By a high voltage difference between the cathode and the anode (up to 3000 volts), the photoelectron is accelerated towards the anode. On its way to the anode, the electron has to pass the channel and due to the special shape, it hits the semi-conductive surface of the channel several times. Every time this happens, further electrons are emitted by the process of secondary emission. Finally, at the anode, up to 1E8 electrons can be read out, generated by only one electron at the cathode. 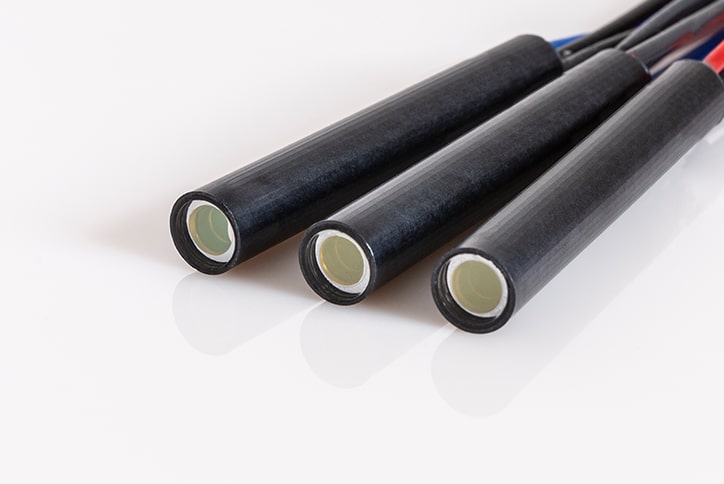 Besides the standard configuration we do also take into account application-specific requirements. Thus we invite our customers to provide such information. Confidentiality is of course guaranteed.

Contact our sales team
We use cookies on our website to give you the most relevant experience by remembering your preferences and repeat visits. By clicking “Accept All”, you consent to the use of ALL the cookies. However, you may visit "Cookie Settings" to provide a controlled consent.
Cookie SettingsAccept All
Manage consent

This website uses cookies to improve your experience while you navigate through the website. Out of these, the cookies that are categorized as necessary are stored on your browser as they are essential for the working of basic functionalities of the website. We also use third-party cookies that help us analyze and understand how you use this website. These cookies will be stored in your browser only with your consent. You also have the option to opt-out of these cookies. But opting out of some of these cookies may affect your browsing experience.
Necessary Always Enabled
Necessary cookies are absolutely essential for the website to function properly. These cookies ensure basic functionalities and security features of the website, anonymously.
Functional
Functional cookies help to perform certain functionalities like sharing the content of the website on social media platforms, collect feedbacks, and other third-party features.
Performance
Performance cookies are used to understand and analyze the key performance indexes of the website which helps in delivering a better user experience for the visitors.
Analytics
Analytical cookies are used to understand how visitors interact with the website. These cookies help provide information on metrics the number of visitors, bounce rate, traffic source, etc.
Advertisement
Advertisement cookies are used to provide visitors with relevant ads and marketing campaigns. These cookies track visitors across websites and collect information to provide customized ads.
Others
Other uncategorized cookies are those that are being analyzed and have not been classified into a category as yet.
SAVE & ACCEPT